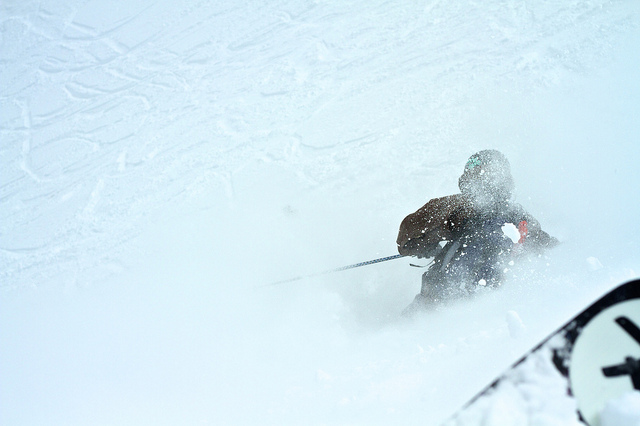 The Story Behind Rossignol Skis

In the year 2007, Rossignol celebrated one hundred years since the foundation of the company. The brand mission of Rossignol is to use the experience of the past, together with the innovation of today to produce the best soft and hard mountain gear ever. Known as the “pure mountain company” what Rossignol did, what other companies failed to do, was to see mountain experience as a lifestyle rather than a part time activity.

The designers from Rossignol listened to what athletes said about their skiing needs before producing Rossignol skis. They then asked people who experience ski regularly what they needed in the way of innovation. The result was the perfect combination needed to produce top quality Rossignol skis and equipment, snowboards and everything needed while encountering the great outdoors on the mountains.

The range of goods produced included all of the feedback given by professionals, but that’s not where the roots of design began. The company was started by a carpenter named Abel Rossignol who designed his first pair of skis as far back as 1907. Using solid wood, he manufactured skis which were honed to his particular needs and it is this backdrop to the company which made it as successful as it is today. To make fine ski equipment, the company needed to have a good understanding of skiing and Abel Rossignol had that experience.

Following the victory gained by Jean Vuarnet on Rossignol skis in 1960, changes in the design from all metal to glass fiber was a great success, which got the name of Rossignol recognized worldwide as the best skis available on the market. The Strato skis were a huge success, followed closely by the opening of a Rossignol manufacturer in the United States.

With the quality and popularity of the brand, Rossignol skis were worn by six s winners of gold medals and this was amazing for their reputation following the Calgary Winter Olympics.

Which other champions have used Rossignol equipment

While there are too many to mention, some that do come to mind easily are Emile Allais in 1937, Henri Oreiller in 1948, Laurant Boix-Vives in 1956 and many many more champions used Rossignol equipment though these were the forerunners and the original champions of the sport who helped shape the future of Rossignol.

Instead of Rossignol depending upon the skills of champions to sell its products, champions began to depend on Rossignol to produce the quality of ski equipment that helped them to stay on top of their sport. The ongoing process of listening to what champions want has kept them in the leading position when it comes to ski and ski equipment production.

What other items are Rossignol producing?

The full range of items available with the Rossignol backing includes high-performance skis which are customizable, bearing in mind that the dynamics of each individual skier is indeed different. From snowboards for men, women, and children to bindings, helmets, protective goggles to the full range of clothing needed by snowboarders, the Rossignol name is synonymous with quality and expertise. It’s a magical mix and one that Abel Rossignol incorporated right from the word “go.” Nothing is produced without knowledge of the needs of the user and the mountainous conditions under which the gear will be used. The strains and stresses of the materials used to produce all items in the Rossignol range have been tested to perfection.

Rossignol helmets, for example, are lighter than other brands by a quarter and that’s a huge improvement, without compromising on safety. These have individual adjustment and use breathable materials, making them the best choice available. The up to date design of snowboards has appealed to all users.

With more than 52 different styles of ski available to women and men alike, the latest designs incorporate all the elements needed to tackle wet/soft snow conditions. 3D profile construction is standard, and the ski boots which neatly fit into secure designer produced bindings, come in all mountain, on piste and racing styles, thus being true to the original concept of all Rossignol products.

The needs of the skier come first and the variety available cater for skiers who are just learning, right through to Olympic champions.

The engineers are still listening to skiers and are updating styles as and when changes are proven to be beneficial to speed, safety or dynamics and bearing in mind the new materials available over the years.

Goggles that make a difference

Anyone who knows anything about photography will be familiar with Karl Zeiss, whose focus screens were used in great quality cameras. The names of the makers will be familiar to readers like Canon, Nikon, and Pentax. These same screens have been used in the manufacturing process of skiing goggles produced by Rossignol as it was found that these give wonderful protection and comfort but also need to give the skier great focal range. Thus, the production of the goggles by Rossignol became synonymous with quality.

Variable light transmission at 30 percent has been incorporated into the production of lightweight spherical goggle replacement lenses, giving the eyes greater protection. That’s important on a ski slope where reflection from the sun is strong and ultra violet damage potential increased. Once again, Rossignol used the experience of mountainous terrain to produce ultimate protection.

From the very early days of production and the original thoughts of Abel Rossignol, safety has always been seriously considered when designing all ski and snowboard equipment. The Rossifoam Vest back protection bears in mind the strains that the vertebrae is put to during ski activities. This extra protection helps to keep the posture perfect when taking to the slopes. That’s important when speeds of 157 miles per hour can be reached on skis. That’s an amazing strain on the body.

From its early roots, Rossignol has designed ski and snowboard equipment with safety in mind. All items go through rigorous testing because the reputation built up by Rossignol is such that any product put on the market with that brand name must live up to it. The “pure mountain company” are still using the very same criteria when designing ski wear and snowboarding equipment, as they did when the company was founded. It’s a lifestyle, rather than a hobby. It incorporates the conditions which are typical of mountainous regions, the quality of the snow and the needs of those who courageously take to the slopes each year that are the first considerations. The safety in a mountainous area is part and parcel of that picture.

The ski clothing that is available from Rossignol also encompasses the “pure mountain company” philosophy which originated in the early days of Rossignol. Clothing is made of fabrics which allow maximum movement and are designed to meet the ski slopes head on.

Since 1907, many of the designs have changed. This doesn’t mean they were badly designed. It means that given the materials available at each given time, Rossignol made the very best of the best and have continued to do so.

Their designers will be on the scene in the future as well because Rossignol doesn’t know any other way to work. Innovation, new design and aiming for perfection are part of the reason why Rossignol produces the best snow equipment in the world.