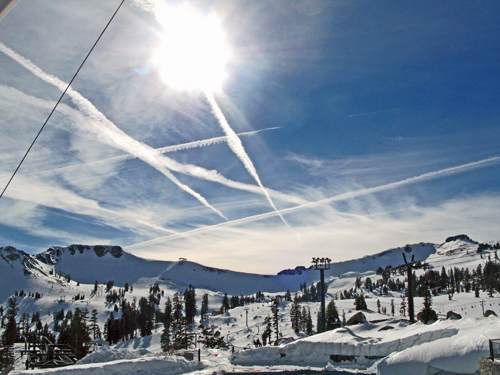 Who are you likely to meet in ski resorts?

There is a whole range of people that form the backdrop of the mountain ski resort and these are the very people that bring back the skiers and snowboarders year after year because the cross-section is such an interesting mix. Some seeking thrills, some seeking tranquility and yet others seeking nothing at all – each of the types of people visitors may encounter in the mountains will contribute to the experience visitors gain and come back for year after year.

Ski towns are places which see the changing of the seasons, the first falls of snow followed by ice cold days of woodsmoke and thermal underwear to the first sunlight melting showing an end to another season.

These are the people who share it with us:

These are the people who perhaps worked here in summer camps but then found it seemed like the right place to be. They may not ski. They may not even know how a pair of skis is carried, but they can believe in Santa Claus and watch out for tracks of his sled each morning when they rise. Eternal optimists, these are the people who came on a short term contract and turned it into a lifestyle.

This guy who claims to be semi professional will have you yawning. He knows all the names, got trained with the best of them but somehow got stuck by coming up against more celebrity names than you may care to remember. Ask him where he’s from, he’s probably forgotten as most of his dialogue revolve around trying to impress you and that backwater town in Virginia that isn’t shown on the map won’t do that in his mind.

When the adrenaline of the slopes slows down for the night, these guys can knock back so much booze, they may even have to be taken to their rooms or lodgings. They’re adrenaline freaks that need that buzz as long as they are awake and conscious. Unfortunately, you may find that when the drinks flow, he might just have misplaced his wallet or be more keen on accepting a round than paying for one. He’s always apologetic in the morning as he asks you for a cigarette.

He knows where you can get most things though has a tendency to reminisce about the old times. When you get past the ‘local’ expert advice, you may be surprised that he actually hails from Boston and has only been here a year and a half. Be a little wary. He may be proud of where he is now living, but he hasn’t got a clue when it comes to in depth knowledge. He only knows what he’s experienced and that’s usually about as much as any other seasoned tourist.

These are the rich babies whose trust fund pays for the best gear. The youngest are the most irritating, sent out with their Versace boots to find out about freedom, the trust fund will get them out of most scrapes and certainly attract a crowd at the ski resort bar. Love em or leave em, they are always going to be part of the scene, though sometimes surprise you by being generous by heart as well as money.

Here’s a man who knows the terrain like the back of his hand. He’s a great guy and knows everything you need to know, but be prepared to listen to his stories. He will have thousands. Buy him a drink because his knowledge may save you time and his knowledge of the slopes may save you a whole load of time.

The girl who beats you

She will have the attitude on the slopes like you’ve never experienced before. She’s waiting for that guy who can accept her on even terms, though rarely do. Just watch for the powder dust a mile ahead and you may just have spotted her. She’s a big time achiever and needs to be ahead of the pack. Take this girl on and you’re heading for disappointment, though she actually accepts defeat gracefully.

The man with a bed warmer

Ski resorts are notoriously short of women. This guy brings his secretary, the local cheerleader or the girlfriend he met on the way. Seemingly the only guy who always has his own personal bed warmer, he’s the envy of everyone. It’s not like he’s that good looking, but he does have a certain charm.

She didn’t come here for skiing. She came for the ski instructor and she’s not too picky which one. She’s a groupie on a mission and generally succeeds to gain a friend for the cooler season. She may even have a string of successes but you’ll be the last one to know that.

You see him on the slope and he’s ageless, though from the look in his eye and the rugged nature of his skin, you know he’s old. He’s timeless and enjoys being in the mountains. If you looked half as good at half his age, you’d feel pretty darned good. He comes, year after year and never seems to get any older.

There are all kinds of people who visit ski resorts and you can’t categorize all of them. What you can do is be pleased they’re there, ready to help you measure who you are when faced with the snow. From the amateur who’s got two left feet and an inevitable lean toward a broken leg, right down to the baby skier who has no problem staying upright (even though she only just learned to walk), these all have one thing in common.

When they hit the mountain resorts, they are seeking adventure, endurance and their own private battle with nature. The snowy mountain will offer them that challenge and much, much more because the people you meet teach you something you may not learn elsewhere and that’s who you really are.